We're finally starting to witness a boom of tech activity in Latin America. The region is massive, with a population of over 650 million people.  Widespread smartphone adoption, changing consumer behavior, and large incumbents notorious for bad treatment of consumers amount to a great environment for startups to disrupt.

As a result, more VC funding than ever before has opened the floodgates for tech companies to offer the Latin American population new digital products and services. For some context, in 2018 there was USD $1.9 billion of venture capital invested in the region, in 2020 that number was $4.1 billion. For 2021 it's expected to be between $8-$9 billion, with half of that going only to fintech.

There's a lot of money invested in Latam tech, and this is only the beginning.

Operating in Latin America is not that simple

If you really want to dig deep into the Latam tech boom, understand the key players and the general dynamics of the market, you should start with a16z's Angela Strange, specifically in this article and on the 20VC Podcast with Harry Stebbings talking about Latam. From both resources you can begin to grasp just how complicated a region Latam is.

For starters, a large part of the population remains unbanked (32% in Colombia, 50% in Mexico). Also, cash still rules in Latin America: in Mexico 87% of transactions were made in cash in 2020; in Brazil, the country with the highest penetration of digital payments in the region, that number was 74% in 2020.

If that's not enough chaos, the region is notorious for having the most fraud in the world. Per a16z:

Card-not-present fraud is the highest in the world in Mexico, followed by Brazil. It’s estimated that approximately 20 percent of new user accounts created in Latin America are fraudulent, which puts the region at almost 2x the global level.

So for example, a last mile delivery marketplace opens in Mexico and will receive an application from a courier that wants to work on their platform. Now the process of vetting the courier would seem straightforward: verify the application comes from a real person (not a fraudulent user account), check government databases to see if the courier has a criminal record. Good luck with that.

Once again, per Angela Strange (check out min. 24 of the podcast):

The piece you don't understand until you get into the [Latin American] market is around infrastructure... You [still] have to build all of this infrastructure and technology that's not entirely obvious.

Truora is a Colombian start-up that offers innovative fraud prevention technologies for validating users and performing KYC processes. Truora’s background check works by submitting a picture of a national ID, it then verifies identity, and operates by searching several databases to obtain a person’s criminal and legal records, also matching the name with international databases of wanted criminals.

Check out how it works with the example we mentioned before, the gig economy driver looking for a loan submits a picture of his national ID, and this is the information the fintech company will be able to see:

Both of the original questions are solved, this person is not a criminal,  and we can also know for certain that this user account is not fraudulent (important to know in a region where 1 of every 5 accounts will be fraudulent). But is this enough information to accept the courier on the platform? Not quite.

Palenca - beyond the background check:

Background checks are essential, especially when approving clients for loans, partners for delivery platforms, marketplaces and countless other use cases. However, not all bad actors have criminal or legal records, and this is particularly true in Latin America. That's where Palenca comes in. We offer the only Payroll API to verify identity and employment data directly with a user's employer.

So let's go back to our example and see Palenca in action. The courier is not a criminal, but we can get more information about him before he can be approved to work on the new platform. Most gig economy workers in Latin America (around 70%) work in more than one platform, so we can use this to the platform and courier’s advantage.  The courier can insert his credentials for any of the gig economy platforms he works in (in this case his Rappi credentials), the company will be able to see his basic profile information to verify his identity (worker ID, name, fiscal ID, bank account info), his earnings on the other platform (both real time and historical) to validate his income, and finally some useful behavioral information like this:

We can see this driver has a low rating (any rating below a 4 is considered bad in Rappi), he has a debt pending of $814 MXN with the platform (since many of the payments are in cash, the driver still has to deposit the cash to the company), and an acceptance rate of .64, which means this driver only accepts around 6 of every 10 trips he is requested, (for context: the median acceptance rate is .9).  This information gives the company a much clearer picture of their potential client. In this case, the courier is not an ideal candidate, in fact we went from seeing a 10/10 in a background check to a 3.5/5 and a questionable work ethic.

The real magic: harness the power of both tools

The goal here isn't to prove that gig economy drivers without criminal records shouldn't be approved for loans, in fact the idea is the opposite. The point of this example is to highlight how the traditional tech infrastructure doesn't really work in Latin America, but the tools to work around that "infrastructure gap" are already being built.

The combination of Truora's background checks with Palenca's employment verification tools help make up for that huge gap, both of our goals is to make sure companies operating in Latin America can feel confident replacing and complementing the traditional KYC tools with ours, and to give millions of people in Latin America that don't have access to the financial system access to more products and services with alternative sources of data they do have. 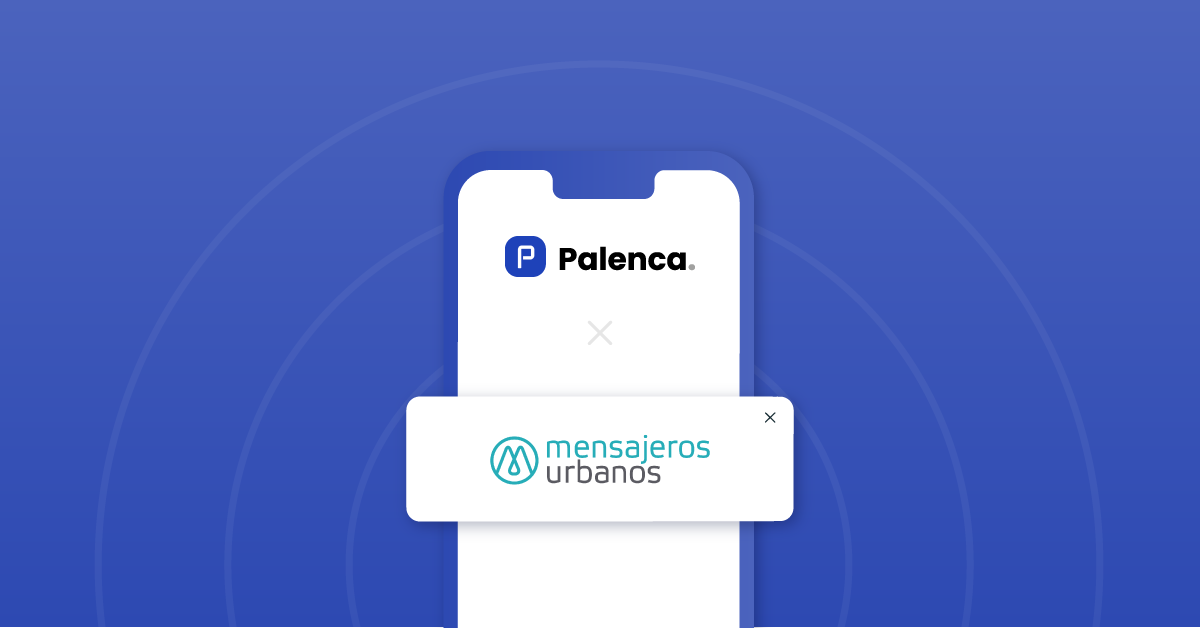 A very long line The first time I came to visit Mexico City was in December 2012. I really liked all the touristy locations the city has to offer but one thing surprised me above all else: the very long line of people in